Attempting to get a good business card design for Immortal Outdoors I have opted to experiment with crowd-sourcing design through Fiverr. I have hired the following people through their advertised gigs:

Total time = about 30-45 minutes to casually find the jobs, pay for them and describe what I wanted to each of them.

Boyluji was the first to deliver, taking almost exactly 24h from my deliver of the specs of the job. He asked for:

provide me your details such as:
Logo
Desired card Details
color preferences

and receive a business card design in printable format.

Colors – Please stick with the color theme on the website (visible here: http://immortal-test.mycms.com.au/) and in the logo.

Card details should be: 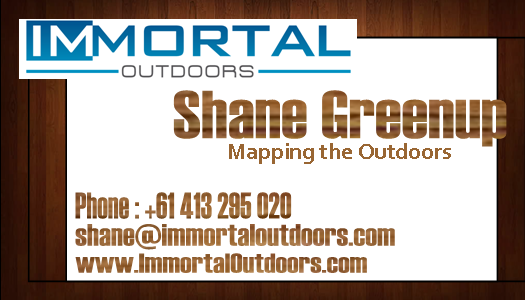 To which I messaged back to him:

OK that is really really ugly. Can I get a complete redesign, this time focusing on the brand (this is a card for my website, on which my details are present. Like most ‘Business’ cards) also actually sticking with the colour scheme and theme of the logo and the website I directed you to.

Which I think you will agree is pretty accurate. That design is bad on so many levels. It was a little heart breaking to get such a horrible design. I mean, sticking the logo on it and writing my details in whatever the default font was would look better and take much less time. So anyway, he replied with:

ok no worries communication is key i will do a complete re design you should have results soon.

and delivered the following solution: 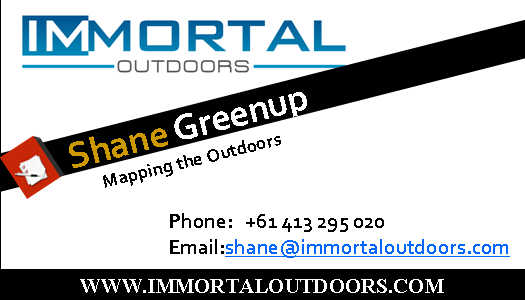 Which was a significant improvement, but still didn’t work for me at all. I thought it focused too much on my name, while the focus is meant to be on the Website Logo. So I left it at that (since I had used up my $5 worth of design and revision anyway), and awaited the other two designs…

Iamabdus delivered second. Now I have had a gig delivered by Iamabdus previously, he designed the logo for The Traveller’s Trade, which was quick and effective, so I was already quite happy with his work. I was hoping he could deliver just as effectively on the business card design too.

His request for information was:

Note: All source files will be provided

To which I replied with:

3. The card is for the following website: http://immortal-test.mycms.com.au/ Take design elements from that as inspiration. Is that enough?

And the final product was delivered in just under 48 hours from my sending of that information, and looked like this: 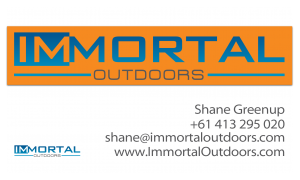 Which is immediately better than the previous efforts by the last designer, and I sort of like it, but it doesn’t stay true to the overall colour theme of the website, so I wasn’t sure. Plus it was only one side of the card, and I really did want a double sided card design. So I was thinking that Iamabdus is definitely ahead at this stage, I would await the results of designer 3 before deciding on what to do.

OneReam was the final designer expected to deliver, advertising a delivery period of 5 days to deliver, but after 6 days nothing was heard from them, so I messaged them asking if they were there.. 6 days later I got a message saying that they had had a family emergency, and asking if I wanted them to proceed or not, so I said “Sure, why not” and awaited the delivery of my designs.

Within 24 hours of that message, I got her designs. This time, instead of just getting a PNG file (like the previous two designers), she provided a zip file filled with print ready PDFs and adobe illustrator working files (and fonts used), and not just for one design, but two designs of a double sided card. All provided for MacOS as well as PC. So that was quite impressive. Better still, the designs were actualyl pretty good! They kept to the colour theme of the website, and focussed on the website logo and domain, while still providing my personal details in an effective manner.

Anyway, so they were the results from my 3 Fiverr gigs. I was going to pick the best and give them the specifics that I wanted, but I have decided to just make some slight changes to the last set of designs, since I am mostly happy with them.

I really gotta go and do some real work now…