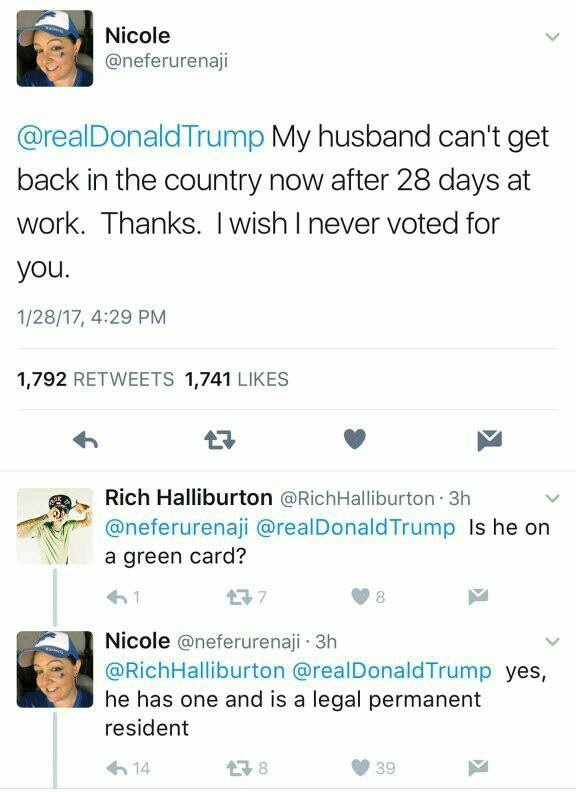 Watching the shit-show around the Trump campaign (and now adminstration) reminded me of every dodgy sales process I have ever been witness to.

When they first start talking to you they are your best friend. They are smiles and helpful and ultra-friendly. The thing they are selling you is amazing. It is great and will do everything you need. Nothing to worry about. Just say yes, and it will be smooth sailing, easy, and you will be so happy about it all.

You decide to give it a try, and you enter phase 2 of the process, the actual purchasing. This is where the truth starts to come out a bit more lucidly. In order to part with your money, you might find out that the quoted price didn’t include some tax or other. Or that they failed to mention some ongoing fee, or some extra cost for some peripheral service not part of the actual package/product etc. The salesman is still your best friend of course, but you can start to see the cracks in what they had been telling you. But they’ve done a good enough job, and you think you really want the product/service, so you continue because it will still be worth it. It does, after all, do everything. Solve everything. It will make you so happy. Your new best friend promised it would.

As soon as you purchase, you enter phase 3. The salesperson bids you farewell, and you never hear from that person again.

Now, you have to deal with customer relations officers, and they never seem to be quite so friendly or helpful as the salesman. When the product doesn’t perform as expected and you complain about it, they insist that it was never meant to do that thing the salesperson said it would. Or at least, that you think the sales person said. Did they say it? Or did you just think they did? Maybe it is your fault for assuming what they meant. You should have clarified.

Depending on what you have purchased, phase 3 can be quick: “This new peeler broke within a week of buying it”. Or it can be drawn out and painful. “This holiday package deal I purchased continues to reveal problems and new charges”.

A personal experience I had recently was that I was stupid enough to purchase a caribbean cruise packaged deal in the USA through Grand Celebration Cruises. After agreeing to purchase, but before our cruise, the slow drip stream of disappointments was amazing. We slowly found out about new charges which were very clearly omitted in the original sales pitch. The super friendly sales process had changed into a cold “What do you want now?” customer service system which clearly didn’t want to do anything to help ensure we actually enjoyed our vacation. Customising the package to our needs was painful.

Before going on the holiday, several hundred dollars in fees, taxes and other expenses were added to our costs for this ‘all inclusive, premium, VIP service’ package which we purchased. When we arrived, it only got worse. We ended up spending more than $600 USD in levies, room fees, taxes, service charges, and other unexpected costs which in every other travel experience I have had would all be included in the upfront fee.

We were already pushing our budget to the limit taking this holiday, so this constant stream of new expenses was a constant source of stress for us throughout the entire holiday. We really struggled to enjoy ourselves at all.

The point is, that the reality of the holiday was so very much worse than the sales pitch made it seem.

The Media and Politics

Watching the media covering Trump feels a lot like this process to me.

Sure, in the beginning there was a lot of mockery of Trump. No one took it seriously and most made fun of him. Shocked at what he said, the media just constantly covered him.

With all of that coverage though, I can easily imagine plenty of people falling for his words. He appealed to primal emotional states. I can imagine how he seemed like a friendly guy. He was there to help them out, personally. He was there to solve their problems. Trump told everyone that he knew what was wrong, and he would solve it.

And enough people bought it.

He won the election, and phase 2 began. He started to retract some of the things he had said. He talked about how “Drain the swamp” had “played well” and that he never really liked the phrase himself. Some of the things which people thought he was just saying for effect, he doubled down on, saying, no, he was really going to do those things.

We hasn’t president yet, but people were starting to see that they were conned. They hoped it wasn’t true, but the cracks were beginning to show.

Then, he was sworn in, and phase 3 began. No longer could his actions hide behind his words. There was no sweet talking away the actions which were now playing out.

The actions are real, and they have consequences. People are slowly waking up to the fact that they have been scammed by a conman. The bad deal is revealing itself, and people are having buyers remorse.

It is only going to get worse.

Click here to see what Trump did in his first week in office.