I’ve never been much of a drinker. I didn’t do it at all until late into my 20s, and since then only very rarely have I bothered. I’ve never smoked a cigarette in my life. Drug taking has been almost completely non-existent in my entire life and I spent the first 30 or so years outright denouncing them.

I tell you all of this because I am about to make an argument in defense of drugs and drug users, and it has become standard practice to minimise anyone who defends drugs as a ‘pot head’ or a ‘junkie’ or some other ad hominem attack to save the effort of actually engaging with the arguments. I am no pot head. And I am definitely no junkie.

With that out of the way, I think the War on Drugs, and with it, public perception of drugs + public policy on drugs + media representation of drugs (which is a whirlpool of feedback loops) is just about one of the most harmful things our society does to itself. And I believe that the Skeptic community should take a more active role in fighting against this harm.

Why The Skeptic Community?

It is true that many organisations already exist which are fighting for legalisation, deciminalisation and other reforms on the drug law front, but they are usually fighting on the political level and are also usually ignored by the mainstream (both the media and the public) because “…you know… potheads.” The skeptic community has the advantage of NOT being about drugs, but being about good science. That is what makes this proposition so powerful for undoing this harmful set of laws. 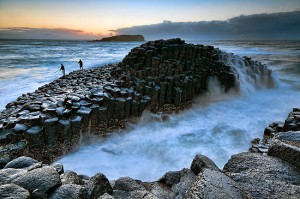 But why should the skeptic community care? Because my understanding of what the skeptic movement is really about – at its roots – is correcting false beliefs to reduce harms. The objective is to make the world a better place by saving people from themselves. To save people from using useless medical treatments, or to save people from wasting money on useless rituals, treatments or activities.

Skepticism is about destroying false beliefs. And social perception of drugs, thanks to decades of propaganda and manipulation by governments and the media, is so out of line with reality that we are perpetuating incredibly harmful policies out of fear and ignorance when we should be basing our policies on science, knowledge and rationality.

This is what skeptics fight for, and I see no reason why this fight should be any different to any of the others skeptics pick.

Why Drugs? Why Should Skeptics Care About Drug Law?

Skeptics should care about drug laws exactly the same way that skeptics care about vaccination.

Imagine a world where 50 years ago some extreme political party got into power in the USA and decided that vaccination was a dangerous act, and needed to be made illegal. They start massive advertising and propaganda campaigns and convince the majority of the population that vaccination is a dangerous activity for which there is no possible benefit. They highlight every adverse reaction, twist evidence to suit their agenda, and gain a popular support of outlawing vaccination. 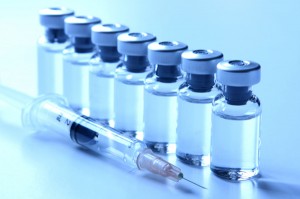 Imagine a modern world where people have to get vaccinated in secret, with vaccines they can’t be sure are what they are meant to be, and with needles which might be reused. Imagine the media covered every single adverse reaction which ever occurred, and talked about people dying and contracting blood born diseases from shared needles, despite the fact that these problems only exist because vaccines are illegal (ie: not a product of the vaccines themselves). While the media is covering every negative aspect of vaccination it is of course only covering 1 in 200 of the complications experienced with alternative medicines. The public is justifiably convinced that alternative medicines like homeopathy and acupuncture are perfectly safe, while vaccination is a high risk treatment which doesn’t offer any benefit to the receiver.

And then someone suggests that maybe the skeptic community – so concerned with saving people from misinformation and scientific manipulations – might want to perhaps argue for the legalisation of vaccination again.

This is what I see when I suggest skeptics care about drug laws. Willful avoidance of engagement with the issue, and dismissal of the fact that governments have very clearly controlled the substances (halting scientific research in many ways) while simultaneously funding many studies in order to prove their existing biases. This fact is most strongly highlighted by the fact that David Nutt (winner of the 2013 John Maddox award for defending science) was fired from his government position for reporting that many illegal drugs were far less harmful than the legal drugs, thus the laws should be changed to be more scientifically consistent. The government (usually through ‘drug abuse’ organisations) has been funding ‘drug research’ for decades with the clear intention of finding specific results. For example, the most recent study to get a lot of press because it found ‘abnormalities’ in the brain of ‘casual’ marijuana users, was in part funded by the National Institute on Drug Abuse. The press derived from this paper was clearly designed to hype the somewhat biased language used in the paper.

What’s All the Fuss About Anyway? What is the Harm in Protecting People from Drug Abuse? 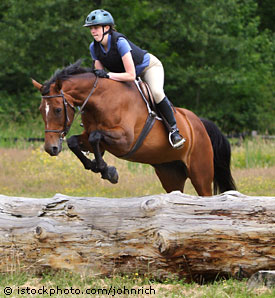 I’m so glad you asked! Because we all know that drugs are bad and dangerous and harmful right!? Well, yeah, there is some level of truth to that. Like driving cars. Or mountain biking. Or horse riding. Everything in life contains risks and we all have to choose what level of risk we are each willing to accept. When it comes to drugs though, for some reason personal autonomy is not an option.

So yeah, drugs can be harmful, but this is where the science really matters – How harmful are drugs exactly?

This is where David Nutt’s research becomes incredibly important. He was actually trying to answer that question. And when his findings highlighted the inconsistency between the actual risks associated with particular drugs and their legal status, he was fired for actually reporting it as such. Nonetheless, we can still thankfully see the results of his research and see that many drugs are actually less harmful to individuals and society as a whole than the legal drugs and many other activities which no one would ever consider criminalising.

So that is the first point here; our laws do not represent the actual risks involved, and thus the notion that our laws are there to ‘protect people’ are immediately questionable.

But the second point is far more important – these laws are outright harmful.

If someone smokes a joint, it might have negative affects on their brain (an incredibly slight chance) – but if that same person is caught by a police officer with that one joint, it could get them a permanent criminal record which will affect them for the rest of their life. That is real and genuine harm that lowers individuals well being, chance of success and happiness in life. 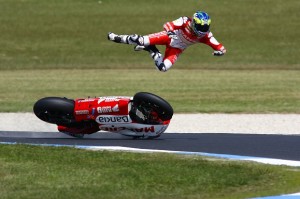 The costs of the war on drugs, to individuals and to society as a whole is incredible. This is why I believe it is one of the most harmful things our society does to itself.

I am not alone.

The drug reform movement is growing. Breaking the Taboo is a great example of this, with Richard Branson, US Presidents Bill Clinton and Jimmy Carter, Brazilian President Fernando Henrique Cardoso, and leaders from Colombia, Switzerland, Norway and Mexico all coming out against the war on drugs. Even the Wikipedia page on the War on Drugs paints a bleak picture of that policy. And then you have examples like Portugal, who took steps to decriminalise personal quantities of drugs in 2001 and have had many successes in their experiment.

The war on drugs is winding up, and there is growing support for reformation of drug laws around the world, but it is still taking an incredibly long time. And while this is happening, we have people spending their lives in prison for petty and harmless crimes. And we have people being sentenced to death for drug trafficking. As if that fact wasn’t bad enough, dare to publicly speak up to defend these people about to be murdered by governments on the basis of global propaganda, and people actually defend the governments rights to do it. People respond with “well they knew the chance they were taking when they did it!” Very caring and compassionate that is! I wonder if those same people would be so blase if an extreme Jewish sect started stoning people to death for working on the Sabbath? Or if they defend the rights of extremist Muslim groups who kill women trying to get an education. They all knew the risks they were taking too, surely?

The harms of this global persecution of drug use and drug supply are devastating and inhumane, and they need to end. If we could help speed this process up, and bring drug laws into alignment with the best scientific knowledge, than we can make the world a better place and save many lives.

What Skeptics Can Do

Like most things, it starts with self education. Watch this talk by David Nutt and you will have a much better understanding of the drug-law situation than 99% of the population. If you can, watch Breaking the Taboo too. Understand the manipulations present in past drug research – for example, read this comic to see how research has been used to produce desired conclusions and then the correcting studies have been largely ignored. And of course, if you want to know anything about any drug, then Erowid is generally recognised as the most comprehensive and reliable source of information about drugs (and I have been told that Bluelight is great too).

We have to break through this fear of talking about drugs. We can’t let social pressure and policy pressure stop us from bringing objective scientific information to the public. We have to break out of the propaganda!

Lets make the world a better place and focus our laws on the real criminals – not on the people who want to enjoy life in their own way.

4 Replies to “What Is Skepticism For? The Case for Skeptic Activism against The War on Drugs.”