Part Two of Two – Read part one first: Stranger in a Strange Land – Love vs Jealousy

On Polyamory
Polyamory is the desire, practice, or acceptance of having more than one loving, intimate relationship at a time with the full knowledge and consent of everyone involved. Most people have heard of it, and I imagine that everyone who has heard of it just as quickly dismisses the concept as one of those ideas that “can’t work” or simply “doesn’t work”. I want to explore that instant dismissal briefly. 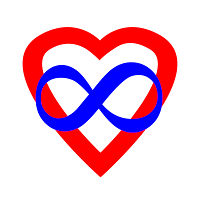 So if we consider the scenario created by a polyamorous relationship we are immediately struck with two strongly negative forces: 1. The social conditioning of the participants and 2. The constant non-subtle judgements passed by people outside the relationship.

It is difficult to really say anything about the first negative force because it will vary greatly from person to person and from one childhood environment to another. However I don’t think there is a person (at least in our western society) who doesn’t know that you are ‘supposed’ to have one partner and only one partner, and that anything else is ‘evil’ in one way or another. ‘Knowing’ it isn’t really the problem though – the real problem is the underlying subconscious thought processes, the trained ways of thinking, the assumed roles and consequences which have been bred into us by a consistent world that will create mental hurdles. I guess that most people are unable to jump all of these hurdles, and inevitably trip on one or another, and find themselves ‘unable’ to be polyamorous.

The second negative force is probably just as powerful as the first. Most people simply won’t understand polyamory. Not that they can’t – but they won’t. And they will express that choice in numerous judgemental ways that will constantly drain on the energy of someone ‘trying’ to be polyamorous. With the self-doubt already well implanted in the mind of anyone raised in our society, the constant barrage of ‘concern’ by their family and extended friend group will only help to rock the delicate balance of the mental boat.

So, are Polyamorous relationships destined to fail? Probably – but not for the right reasons. Not because people can’t love more than one person – you have to be a very special case of ‘protected from life’ to think that someone can’t love more than one person at a time. Also, as I argued in the point above, I also do not think that they are destined to fail because of jealousy – we have as much opportunity to ignore and overcome jealousy as we have opportunity to ignore emotional desire, lust and affection for people who are not our spouse. Maybe it is failure will come from the complexity of maintaining relations with more than one person?

I expect it would be harder to maintain extremely intimate relationships with more than one person at a time, and that would cause difficulty, but that is a problem to be tackled on individual merits case by case as we currently do when dealing with our single spouses, friends and family. As a matter of fact, having said that, I can’t think of anything else to say about the difficulties of possible polyamorous relationship structures, because the number of possible ways it could be worked are extensively numerous. For every difficulty, there is a way to do it which avoids, compensates for, or embraces that difficulty. When the real idea here is simply dispensing with jealousy, and embracing those you are close with into a closer circle of affection, the way it is done is immaterial to the ends.

When you factor all of that together, you end up knowing that the clear majority of monogamous relationships ‘fail’. Take the time to consider the fact that most of these relationships started because of an emotional closeness between the individuals involved – an affection, a desire, sometimes a sense of love. Two individuals who love each other, and nonetheless statistics say that that relationship will fail. Why?

Maybe monogamous relationships aren’t are great as we have convinced ourselves that they are. Divorce rates for second and thirds marriages enter the 70 percentile range too… so it only gets worse.

Maybe if both partners of a monogamous relationship allowed each other the freedom to love openly – repressing the ‘bad’ jealous emotion rather than the ‘good’ affection/lust/desire emotion, more marriages would last. Why would you leave the man/woman you love for someone else, when you can have both?

Jealousy makes no sense at all.

One Reply to “Polyamory vs Monogamy”